Trying to be a classic girl in a plastic world

2019 was a year where I was in a hurry to enjoy the freedoms I had but also finding responsibilities to take on. At times I am overwhelmed by what life has thrust upon me, other times I am underwhelmed and wish for a greater calling, something that will make me feel significant and needed.

2019 has ended. I hope in 2020 to be met with challenges that will grow me, many moments of peace, moments of excitement, and moments of realization of how glorious this life is. I hope in 2020 I am not so discontent, and that even while I search for the steps to take to begin this new era of my life, that I will be able to stop from time to time and say “here I am, great big world. What’s in store for me?”

I think one day I’ll breathe deep and feel completely at home. There will be a calm.

I’ll have routine, a routine that makes me happy to wake up each morning.

I’ll get so much done and feel accomplished after a day of diligence.

I’ll be able to relax peacefully.

I’ll do work I love, I’ll chose what I learn.

Perhaps each day I’ll have the boy I fell in love with years ago come home to me each day.

I’ll play my favorite Beach Boys songs and remember the positive memories from my childhood.

I will be graceful and strong, and I’ll take each moment as it is, and be grateful.

I look forward to that day.

I forgot you existed…

I forgot you existed until I saw him wearing his hat like you wear yours.

I forgot you existed until he put a daisy in my hair like you once had.

I forgot you existed until the man who held the door open for me had the same grayish-green eyes as you.

I forgot you existed until I saw your photo on Instagram.

I forgot you existed until I heard your voice.

I forgot you existed…

But then I remembered.

And it all came rushing back.

Nothing would be the same without you.

Your family and friends certainly would be different people than they are.

But it goes beyond that. Sure that coffee shop you were in four less than four minutes was packed with people, and you only talked to the barista for a second. And the guy behind you didn’t even say anything when he handed you the paper you dropped, so what difference did you make being there? Well, first off, the barista has been saving up to visit her aunt, and that three dollars you just tipped her puts her over the two-hundred dollar mark she needed. And the guy who handed you the paper? He was having a really hard morning but when you said “Thank you so much, I don’t know what I would’ve done if I lost this.”, it got him thinking about the subtle beauty of human existence.

Also, remember last week when you complimented your neighbor’s garden? She’s been slaving over those daisies for twenty-something years, and since her husband passed away last spring, no one had noticed the flowers. Except you.

And there was that young man who you didn’t even know existed who told his grandma how you were the quintessential stranger in the bookstore he had seen, and he hoped to again.

Or how about the little boy who overheard you in the grocery store telling a joke about dinosaurs, and then he rushed home and told the joke to his father (claiming it as his own as most nine year old boys would), and his dad and him laughed together loudly and truly, for the first time in a long time.

Then, to go back to your family and friends. Without you, there’s a good chance that your best friend wouldn’t have listened to Broadway soundtracks that she now loves, or that song that seems to be able to always make her smile, or that telivision show she now adores, and you showed her all that.

Your brother wouldn’t have the scar he has on his left arm if he hand’t helped you climb down from the tree you were scared to get off of by yourself.

Or how your niece will never be deprived of Disney-sing-alongs, your sister wouldn’t have that drawing you gave her in the sixth grade that she’s kept hanging up all these years, your mom might not have relaxed when she should’ve if you weren’t there to tell her to, and your dad wouldn’t have started putting parmesan on his asparagus dish.

And those? All those things you’ve just realized you’ve had a hand in? Those are just the small things.

Like when your friend called you because the girl he loved had broken his heart and he needed to understand why girls act the way they do, and you were able to make him feel better.

Or when you sat with that lonely girl at church, and she went home that night and looked in the mirror and for once she actually liked what she saw.

When the kid you directed in the school play said he wanted to be an actor when he grew up because you made it so fun.

And there was that time you told your mom she loved her and she said there was nothing she needed to hear more right that minute.

So next time you feel worthless, or you feel the world would be better off without you, or that you haven’t made an impact on anyone or anything, remember all of that. Remember that you don’t know when you’re impacting someone’s life. Realize that you can easily effect people, for better or worse. The bottom line is, you make a difference.

Wow. It seems like I was just writing my first ever post on here, but that was three years ago!? Like what the heckedy-heck? Time sure flies.

I still have a small amount of followers, and not many likes, and a small (although very encouraging) amount of comments on average, but yet here I am!

I’m not super on top of blogging, lately I’ve just been doing it when I have something that I feel is worthy of being published, which isn’t very often. But that’s ok. I like that I don’t feel stressed out by trying to post super often, and after all, quality over quantity, ain’t that right, fam? I suppose this blog just isn’t a priority right now, but I still really enjoy posting on here when I have something to say and take the time to write it up.

There are some of you out there who are really loyal readers, and a smaller percentage that are really loyal comment-ers, and both mean so very much to me. I really appreciate the encouragement and drive y’all give me!

I really don’t have much to say except that I’m happy that this has lasted this long. Thank you to each and every person who follows, views, reads, comments, likes and is just all around supportive of this little blog. Thank you!

I don’t know what blogging will be like this year, but I’m excited! Here’s to my blog being three years old!

{each of these three photos are from https://unsplash.com/}

2019 is here, ladies and gentlemen. 2018 has slipped into yesteryear, and I for one, was not entirely prepared. January 1st is now, and I’m still finishing last year’s to do’s.

Does anyone else feel like the New Year doesn’t really start until the second? Like, the night before we stay up well past midnight, and the following day we eat the leftovers of the night before, and are obviously in no mood or state to exercise and stuff, so all of our resolutions get pushed til the next day? Or is that just me haha?

2018 was an overall uneventful year. Getting over a hardship we had endured late 2017 took a bit of doing, and as most harmful events in life, it will be a continuous journey of healing. But as I said, 2018 was rather uneventful. I went on some trips, visited friends, got behind in school, procrastinated, and saw some projects I was really excited for fall apart. So good and bad and in between and mostly uneventful-ness.

This doesn’t mean I don’t have goals or aspirations or that I don’t want to do anything exciting these next twelve months, but simply that I will try my best not to overwhelm myself with millions of plans and resolutions, and therefore have the opposite effect and shut myself down from doing anything. By giving myself too many things to work towards, I kept disappointing myself when I wasn’t able to complete something and that made it much harder to complete anything.

So this year, “dream small” is my motto. To go along with that, most of my “resolutions and goals” are pretty small things, except a few big things, like exercise and walking that are big but I know I can do it. So some of them are reading books more often, watching sunsets, keep being regular with photography, and to not set myself up for failure (though that last one may be more easily said than done).

Anyways, I hope you all have a wonderful 2019 full of growth and blessings and finding great music and seeing awesome movies, and sitting on a roof with your best friends and looking at the stars and breathing and loving and living life to the fullest, one day at a time.

Anything you’re looking forward to in 2019? Goals? Plans? Happy New Year, one and all!

About Me, Myself, and I 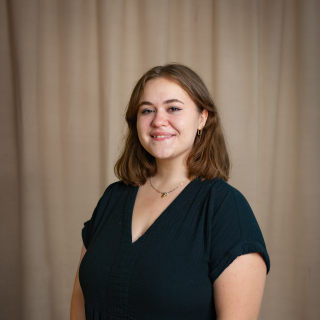 Disclaimer: Not all the images on this blog are mine, often I find them from Pixaby or Unsplash or just Google. Some are mine, some aren’t. I will normally make it clear if they ARE my images, and if you would like to use one of mine, please have the courtesy to ask first.

I would love to hear your feedback! Drop me a comment, just keep it kind and clean ;)

But seriously. I would LOVE  for you to leave a comment, it would make my day.